In a post published on Search Engine Land, local SEO Expert, Joy Hawkins shared some interesting insights from a study she did with BrightLocal. The study is based on the SERP results before and after “Google Possum” update.

“Possum” is the name local search community experts gave to the local algorithm update that happened on September 1, 2016. Though, this update was not officially announced by Google.

Local SEO experts who tracked SERPs for local businesses found massive change in the local rankings on 1st Sept’ 16. There hasn’t been much buzz about the update as it impacted local/map search results and not organic.

To measure the impact of this algorithm update, Hawkins collaborated with Bright Local to track rankings for her clients. They tracked both organic ranking and Local Finder ranking. The ranking reports were scanned daily to pick any major changes. 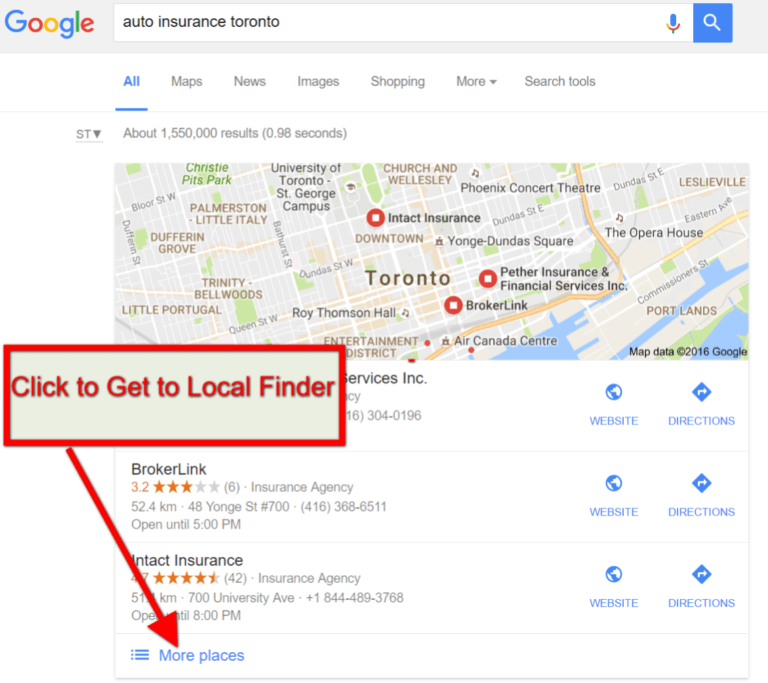 Ranking trackers were setup for 1,307 different businesses, which were tracking 14,242 keywords. Then a comparative study was done between September 7( after Possum) and August 31 (the date before Possum).

Here are some insight they found out across all the reports:

Essentially, 64% of keywords saw some type of change.

We all understand, SERPs can change daily without an algorithm update, but here the important thing to note is the vastness in changes that happened in the rankings.

For example, 34 percent of the keywords saw some type of significant change, Hawkin defines a “significant change” as a business shifting three or more positions or a business appearing in results when previously they weren’t even in top three pages (60 positions) in the Local Finder.

Below is a snapshot of the Local Finder results for “Personal Injury Lawyer Las Vegas.” The snapshot shows a comparison of results before and after the update. On the left, you can see the results as on August 31(before Possum). On the right, you can see results after the Possum update. The red arrows indicate fall in ranking, whereas the green arrows show improvement. The red and green boxes are businesses that either vanished or appeared in the Local Finder due to Possum. 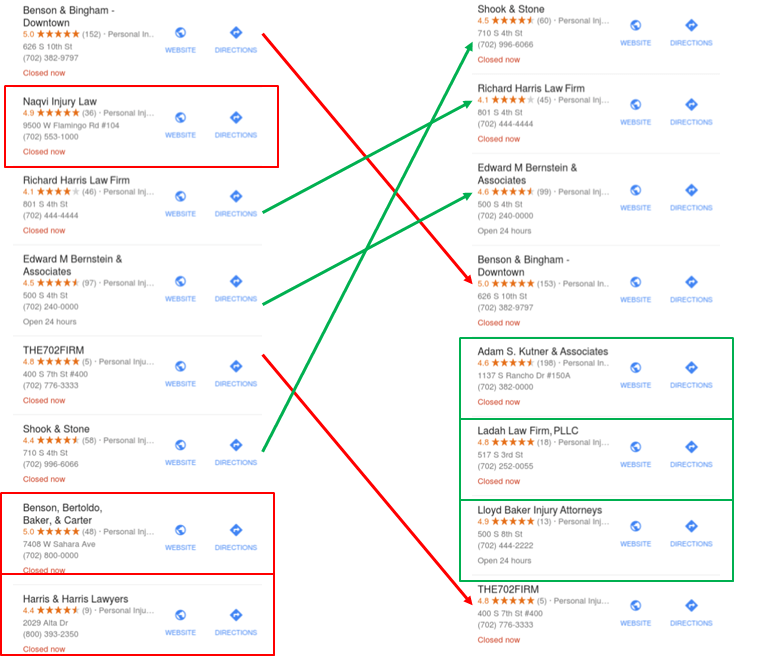 It’s important for local SEO experts to spend time analyzing changes to help figure out which Local Ranking Factors changed as a result of Possum. It becomes harder and harder to find what affects the ranking as Google’s algorithm becomes more complex — and it’s no longer as easy as “getting the most reviews” or keyword-stuffing categories, which worked phenomenally several years ago.